skip to main | skip to sidebar

I’m not sure why some people have a hard time thinking of dogs as individuals. We lump dogs into the breed box they fill and expect them to act like the books say they will. I think we need to be careful of how much we try to fit our dogs into that specific size box. Mainly because I think it is unfair to many of those dogs. What could we be denying them by expecting A.B.C. and the dog in front of us is really B.C. and D or even D.E. and F.? We don’t really know if we don’t give them a chance.

Make no mistake; I am just as guilty of it at times. You say Border Collie to me and I immediately think high energy with a propensity to herd things. You say Beagle and I think, a dog that follows its’ nose. Those are traits that those breeds are known for. However I have met border collies that were couch potatoes and beagles that didn’t seem any more interested in following a scent than any other dog. What we need to remember is that breeds traits are a possibility of what the dog may be like, it isn’t a guarantee.

As a dog trainer I have had over 10 years meeting many dogs and watching their behaviors. (and have 20 years of experience as an adult dog owner) What I have seen over that time has convinced me that we aren’t giving some of our dogs a fair shake when it comes to judging them on their own merits. Dogs have a hard enough time on this planet being misunderstood due to a communication gap between our species. There are many examples of that out there. Do we really want to add to their challenge of living with us?

When I got my first Akita, well-meaning Akita people scared the crap out of me about the breed. They said “Oh watch them with other animals, they are hunters.” “They don’t like other dogs.” “They will kill a cat if they get a chance.” and my favorite “Akitas are great as long as you don’t mind them growing up to eat your children.” That last one was told to me by a dog trainer in my area at the time when I showed him my new puppy. I was a first time dog owner (as an adult) so you can imagine what this did for me. Thankfully I decided to optimistically cautious and raised that dog with cats, kept him through the birth of my children (who are both still alive and unscarred) and added new dogs to the home after he was an adult. Looking back he probably was even more social than I gave him credit for but I was super cautious and didn’t let him have a chance to interact much with other dogs out of fear from those first planted seeds. Compared to the dogs I have now he led a very sheltered life and I regret that for him.

Aside from all the dogs I have worked with over the years, I have some experience with my own dogs being individuals too.

I have a pug that I have done tracking with. It wasn’t something I decided to try on a whim. She air scented on a watch that had been left behind in my yard by one of my children’s friends. I was surprised when it happened. Pugs weren’t supposed to be able to breathe right, let alone do scent work! I had done tracking with some of my other dogs so I decided to give it a go with her. She is very good! (And held back only by her lazy handler.) If I had listened to popular opinion on the breed I never would have even attempted such an activity with her.

I also have an Akita that helps me socialize dogs on my prison program, and test other dogs when needed. I decided when he was young to socialize him really well with other dogs to see if that would make a difference with the potential for aggression towards other dogs’ trait. He is now 7 years old and does well with many other dogs. (with the right introductions of course) Again, if I had listened to the breed experts, what would he have been denied?

We need to stop underestimating our dogs as individuals. Are there pugs out there who can’t breathe and do tracking? Absolutely. Are there Akitas out there who aren’t good with all other dogs? Absolutely. In the same vein there are Golden Retrievers that are also not good with other dogs. And Chow Chows that are big pussy cats. (My hand to God I have met those dogs.) That door swings both ways. But how many of them aren’t given the opportunity to be who they really are? Does this mean we need to throw what we know about breed traits out the window? Of course not. Knowing the traits of a breed can still give us an idea of what the blueprint might be. Unlike a blueprint for a building however, we need to remember that the dog is a living being that is a product of many things. Environment, training, brain chemistry, genetics are all parts of the puzzle. But it is still a puzzle. The pieces go in the way they fit, not the way we sometimes want them to go.

Train and love the dog you have behaviorally in front of you, not what the dog might be according to some book. The dogs aren’t reading those books after all. 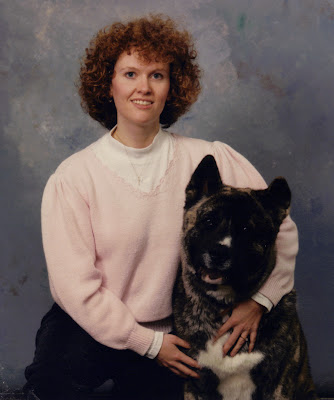 I have a Tibetan Mastiff (breed standard: not stranger friendly, has same sex aggresion) who adores every person and every dog he meets and lives with another male dog.

I have New Guinea Singing Dog (skittish, very anti-social) who has discovered that strangers often have yummy things and so maybe they're not so scary after all, and didn't even blink at 4th of July fireworks.

On the other hand my Inlaws Chow is THE ALPHA BITCH of the family and guards with all the fervor you could expect from such a breed.

But no, I put effort into assuming the standard does not describe the breed....

Lawrence said...
This comment has been removed by a blog administrator.
September 3, 2012 at 1:38 AM

At the same time, however, I do not think it is good to discount breed tendencies. If you are looking for a dog who is likely to be a good candidate for the dog park, do not get a pit bull. Are there some out there who remain dog-social throughout their lives? Yes. But they are not the majority. If you're looking for a low-energy couch captain to snuggle up with and watch movies, your best bet is not going to be bringing home a Border Collie puppy.

Dogs are individuals, but they are also their breeds. Training and socialization (and management) are important, but so are genes. You can socialize the living daylights out of a Doberman and he may well still be suspicious of strangers because that's what he was bred to be.

And I also think there's a difference between breed traits and hysteria and stereotype. A Pug can't do nosework? Come on, that's just dumbness. Pugs have noses and can scent. Some better than others, I'm sure, but seriously? Pit bulls aren't going to eat all the babies, nor are Akitas. No matter what the newspapers say. But neither is likely to act the same as a Golden Retriever. Because that's not how they were designed.

Katie, Good points. Yes they may be as they were bred and fit the description as their breed books say. I certainly wouldn't recommend going out to get a border collie if you are a couch potato. That is a disaster waiting to happen. I just want people to consider their dog might be different than they expect because they ARE individuals. 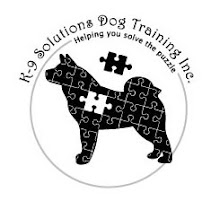 I do not mind sharing information from this site but please be courteous and give author credit to Marie Finnegan and K-9 Solutions Dog Training Inc. (And other authors listed on blog posts if applicable.) Thank you.

Real training is about communication, not domination.

E-mail me at CanineHelp@aol.com or call 207-354-6488 to schedule an appointment. Click on the photo for a link to my facebook page.

In 1992, after serving for 6 years in the United States Marine Corps, I decided to settle down in my hometown in Mid-Coast Maine. I got my first dog, (as a bona-fide adult) an akita, and joined the local kennel club. I also joined akita rescue and learned alot about the breed. In turn I began helping educate others. This taught me how important training is for ALL dogs. Thus began my (unofficial) foray into the world of dog training.

I worked for a few years at a local veterinarians office and then began working at our local humane society. While there I saw many dogs being given up for simple training issues. About that time the kennel club began looking for a new trainer to teach group obedience classes. I decided I might be able to handle that challenge once I had more official training of my own.

I found an excellent trainer to mentor with and in October of 2001 after a year of hands on training and study I completed my apprenticeship under Lloyd Williams of Bear Brook Kennels. During that apprenticeship, in addition to learning all the basics, I got to assist in the training of police dogs in narcotics, tracking and cadaver dogs with the medical examiners office.

Not only did I learn how to be a dog trainer, more importantly, I learned how to teach owners how they could communicate more effectively with their dogs. I consider that training just the beginning in my canine education. I continue to attend seminars and keep current through reading about recent advancements in dog training methods. I am a former member of The Association of Professional Dog Trainers.

My training was sponsored by The Humane Society of Knox County and The Mid-Coast Kennel Club of Maine.

I use positive reinforcement methods whenever possible during training sessions. Positive reinforcement helps make the training experience more enjoyable for both the dog and owner, producing a better learning environment. I also utilize hand signals in my training which is very useful with deaf dogs as well as hearing ones. My methods include lure/reward and marker training. (with or without a clicker depending on owner preference)

My goal in training is to help pet owners develop a better relationship with their dogs. Many times that includes teaching about canine communication and behavior. I also like to help dogs stay out of the shelters and in their homes whenever possible. Training for those unruly dogs can make that a reality for some families.

I am currently the trainer for the HSKC's K-9 Corrections program. I also work as a receptionist at a local veterinary hospital.

I am happily married and the mother of two fabulous children.

Can't afford a trainer? Check out these site's for free advice: 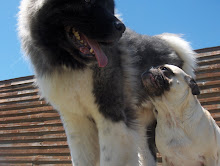 Jack, a.k.a Liberty's After The Frost, is a neutered male longcoat akita from Liberty Akitas. He was born 10/19/2004. 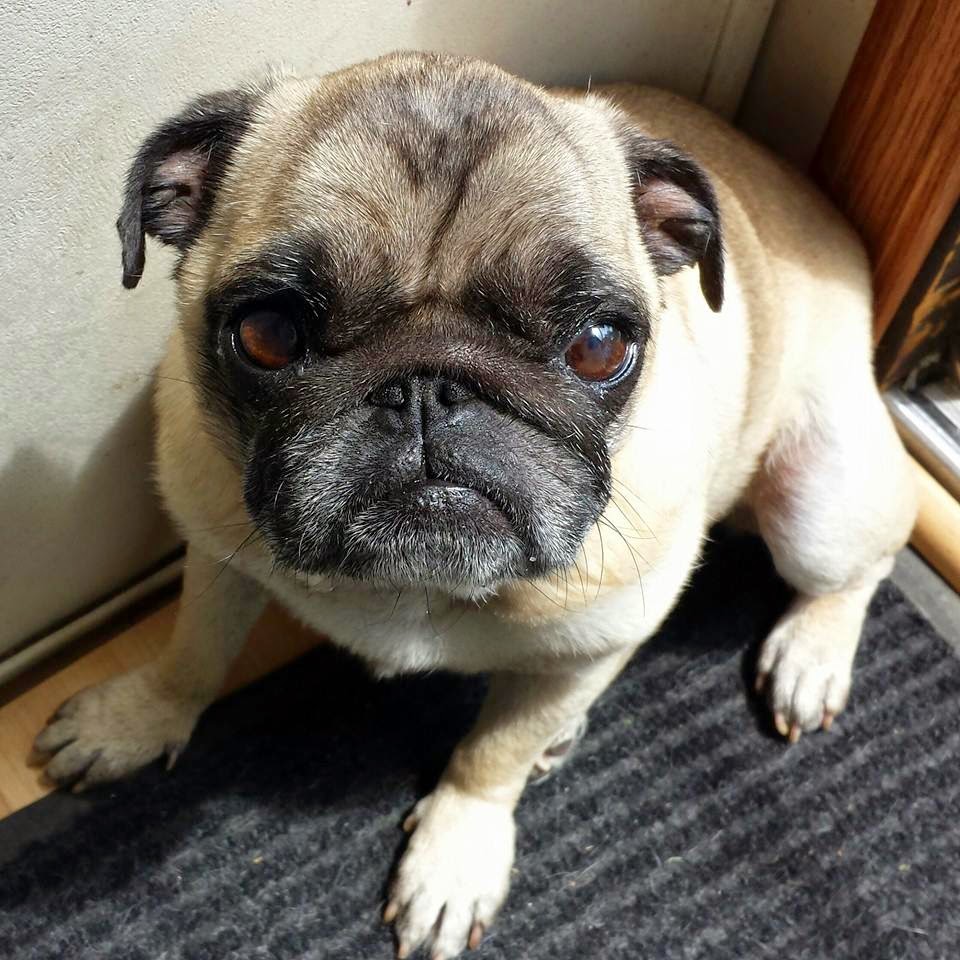 It is only when you know better that you can do better. Educate yourself!

G.G. and Minos are English bulldogs that belong to my sister. They are half siblings. (Sorry their breeder doesn't currently have a website but you can contact me FMI.)

Check out my other blog articles here: 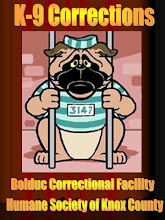 For More Info on K-9 Corrections:

"Training is not accomplished with brute force, but through understanding of the animal." Nickolai Pavlenkov ~ Russian Tiger Trainer 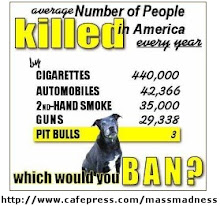 Positive does NOT equal permissive. 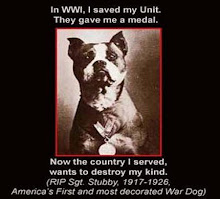 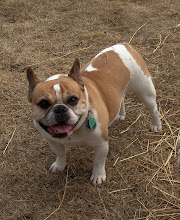 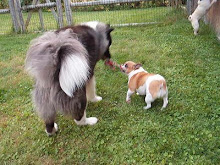 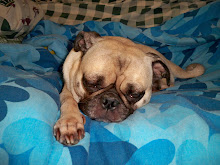 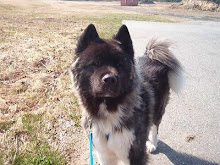 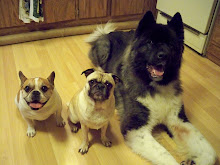 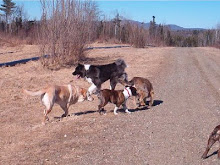 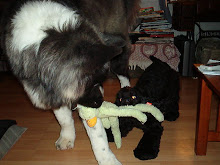 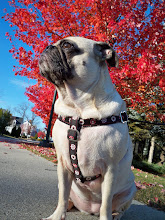 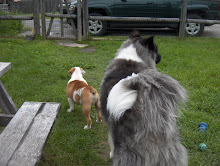 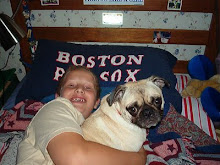 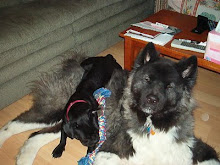 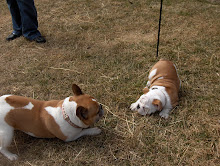 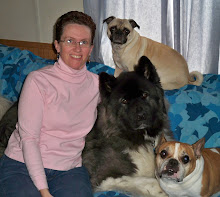